The author, Colin MacCabe, an admirer of John Berger’s Ways of Seeing, asked Hollis to design the book. MacCabe invited him to watch all the Godard films at the BFI, and supplied the text in parts for typesetting (by photocomposition). The edited typesetting was then pasted up page by page and the width of the column varied to accommodate film stills precisely where the text demanded them. This required slicing typesetting between lines and reconstructing them by hand to a narrower measure, Footnotes were simultaneously incorporated.

A discussion of the layout and others similar by the designer appears in Dot Dot Dot no.5, pp.58-67, Amsterdam, 2002. 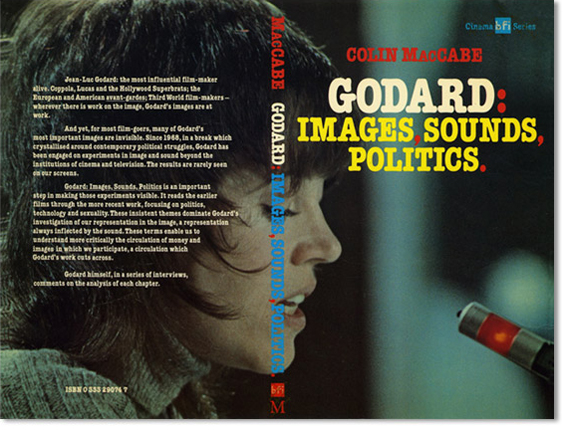 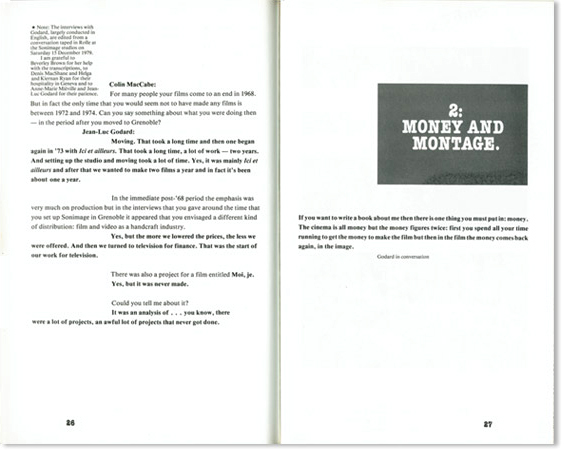 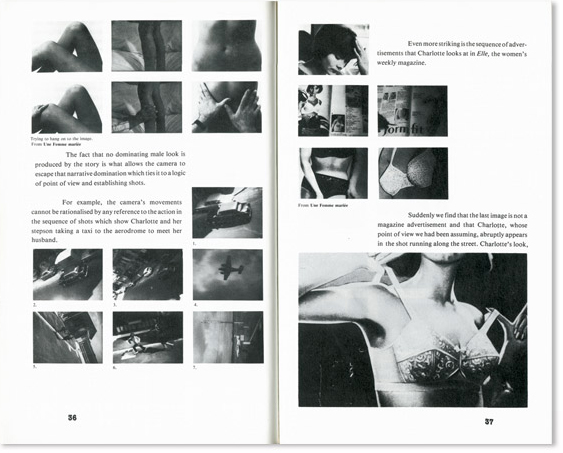